Today is Everett’s birthday! He is currently stuffing his face with pancakes and turkey sausage, so I think he’s enjoying the day so far. 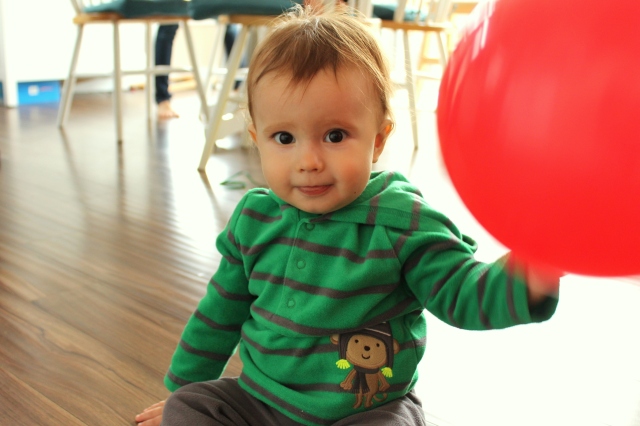 I’ll share his birthday favorites on Monday, but for today, here’s a video I’ve been working on – the story of how God gave us our miracle baby. If you’ve been a regular reader for awhile, you’ve probably read parts of this story before, but I wanted to tell it from the beginning. God is so good! Feeling so thankful for our sweet boy, today and every day!

Let’s talk about weight for a little bit, shall we? I realize it’s an uncomfortable topic to choose, but I have a story to share.

Each winter, Red Rock Bible Camp puts on a retreat for mothers and their daughters to attend. For the five years we lived at camp, it was one of my winter highlights to host this retreat. It is such a great event, and I always loved being a part of it. Just give me a mic, and a room full of people required to listen to me, and I will happily rise to the occasion.

One of those years, I was pregnant with our miracle baby during this retreat, and the next year, I hosted the weekend with our sweet baby girl in my arms.

At one point that weekend, a woman came up to me, and said, “I remember you being pregnant at this retreat last year, and I’ve seen you with your baby girl this weekend, but you don’t look like you just had a baby. I have to ask…How did you manage to lose weight so fast after having a baby? Tell me your secret!!”

I stood there awkwardly for a second, completely unsure of what to say.

She was a total stranger, and I was pretty sure she didn’t want a complete history of all the health problems I’d experienced which made weight-gain incredibly difficult.

She probably didn’t want to hear about how hard I struggled to gain weight during pregnancy, and she probably wouldn’t understand what it was like to worry that I wouldn’t be able to sustain that precious little life inside me.

I was guessing she didn’t want a sob-story about how I had to stop nursing about five months earlier than I wanted to, just because I was losing far too much weight, and was unable to keep my body and my baby’s body strong and healthy.

She probably wouldn’t want me to try to explain to her how much it hurt my feelings when people said things like, “You’re skin and bones! You’re wasting away!” Or “You look like you need to gain about 30 pounds!”

My secret? Well, I ate about twice as much as my six foot tall husband, went through an entire bag of chips in one sitting, and cried a lot because all I wanted was to be strong and healthy. (Um, that totally doesn’t go along with the bag of chips, but whatever.) Here’s my secret: No matter how much I ate, I could not gain weight.That might sound appealing, but it definitely has its struggles.

That poor lady had no idea how badly I wanted to walk into a store and easily find a good pair of jeans that would just fit me, without having to take them home and alter them myself on my sewing machine, breaking about five needles in the process.

She had no idea that while she was longing to know “my secret”, I was longing to look in the mirror and not see someone who looked skinny and sickly.

I would see other too-skinny people and think, “Oh no! They look terrible – do I look that bad??“

This whole multitude of thoughts rushed through my head in the seconds I stood before this woman who asked to know my secret.

Finally, I smiled awkwardly, and said, “Well, I have some health issues, so my problem is gaining weight, not losing it.”

Of course, she immediately felt awful and apologetic, and wanted to get away as fast as possible. I didn’t want to make her feel bad for asking – she had no way of knowing. I tried to put her at ease, and let her know it was no big deal, but she took off pretty fast.

My mind has often gone back to that conversation, even now as I sit here wearing a pair of jeans straight off the rack, no alterations! I don’t think about my weight much anymore – I’ve decided not to worry about it. If I’m skinny, I’m skinny, and so be it. I’ll be buff in heaven.

But I think about that conversation because it illustrates so clearly to me how we see the surface of other people’s lives, and we think we know far more about them than we truly do.

I see something desirable about another person’s life, and I start to wish it could be mine. But I pick and choose. I don’t want all aspects of that person’s life. Just one or two parts that look better than my parts.

Well, that looks so much more nasty when I type it out than when I think it in a dark corner of my mind. Do I have any idea what I’m truly wishing for? What secrets are hiding behind those desirable qualities?

Or what about annoying situations when we are frustrated by other people? We see the choices others make, and think we know why, but how could we? I find myself sometimes getting annoyed by their actions, unable to see a good reason for why anyone would make such frustrating choices.

But really, do I have a clue as to what is actually going on in someone’s head when they make that decision? Is it really done just to frustrate me, or could it possibly be something far below the surface of what I see, some secret hurt or struggle which affects every choice, colors every judgement?

There is no possible way we can fully understand another person’s motives or secrets. A whole life has been lived behind each hurt, each decision, each outward appearance.

So about that poor woman who wished for my ability to lose weight? I think it comes with a lot more than she bargained for.

I think of her, and I’m reminded not to envy the small chunk of another person’s success which happens to be visible. What else am I not seeing?

I think of her, and I try to remember not to be frustrated with people who make choices I do not understand. What secrets lead to those choices? What “moments of weakness” are actually years of hardship, built up over time, and finally spilling over in that one specific moment?

If you want to read some more posts about relationships and people, you could check out Reasons Why I Need to Live in Community or Three Things I’m Learning About Getting Along With People.

How Everett eats his sandwich meat.