Well, that was fun. I’m not sure which I enjoyed more – taking the photos, or playing around with the editing. For some reason, I felt more freedom than normal to alter these photos. Some people think that’s cheating, but I think it’s art, and there are no rules when it comes to art!

Here are the last four days of photos:

This was my favorite quote of the month! My friend shared it on her blog, and it fits so well with the prayer adventures I’ve been having recently.:)

Anika saw this photo, and said, “That’s not beautiful.”

But this winter has been amazing, because I’m seeing beauty in new things – even the bare branches of a tree on a cold, crisp day. Oddly enough, my new appreciation for winter came from reading Naked Spirituality. Brian McLaren writes:

He talks about how we can see everything about ourselves with increased clarity in the winter season of our spiritual growth, because all is stripped bare. There is nothing to hide behind. The bare branches against the sky are finally visible in their most basic form, and there are no leaves to hide behind.

This season has been a continual reminder to me that the cold invites us to wrap up in a blanket and slow down to rest. The silhouette of bare trees against the winter sky make me think of the beauty of truth and simplicity. 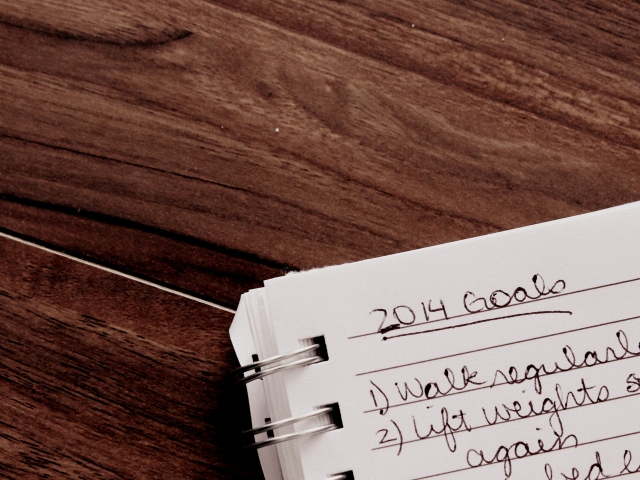 Yes, those are very sporty-sounding goals… We’ll see how that works out. I’m always leery about making New Year’s resolutions, because it’s hard to stick to stuff like that. But at the same time, it’s good to be intentional about what you’re working towards. So I’m making some goals very tentatively, and trying to be realistic about the whole thing….

Ben and I deal with problems in very different ways.

I tend to talk about them and analyze for hours. I have serious, imaginary conversations with people in my mirror. I generally put a lot of energy into conflict.

Ben, on the other had, chooses not to think about it.

When he’s facing some tough challenges and I ask him how he’s feeling about it, he’ll think for a second, and then say, “Don’t know – haven’t really thought about it.”

And then carries on with life.

This last year, I decided to try facing problems Ben-style. There were some hurts and disappointments which I would normally have taken really hard, but I flexed my brain muscles, and didn’t allow myself to think about it.

I thought it was working out pretty well…until it caught up with me.

A friend asked about a difficult situation I had gone through, and not allowed myself to think about much after, and even though it was at least six months after the fact, I suddenly found myself crying. And crying and crying.

I was very surprised. I had no idea all that emotion was there.

Apparently, the Not Thinking About It approach works for Ben, but I was disappointed to find it didn’t go so well for me.

Well, a few nights ago, I came across a strategy I like very much. So far, I’ve found it to be quite amazing, but we’ll see how things go with time.

The idea comes from the book Naked Spirituality, by Brian McLaren, and it involves naming our hurts and emotions before God.

“Fr. Richard Rohr says it well: Pain that isn’t processed is passed on. Pain that isn’t transformed is transmitted. So we need to process our woundedness with God, and that processing begins by naming the pain and holding it — as we’ve been holding each of our simple words — in God’s presence:

…So, just as through confession we name our own wrongs and feel regret, through petition we name and feel the pain that results from the wrongs of others. And just as we rename our anxieties as requests to God, we translate our into requests:

Something happened to me when I read through that list of words describing pain and disappointment. Some of them perfectly described what I was feeling. By naming it, and taking the time to acknowledge it, I felt as though I was giving myself permission to admit I was hurt – to admit that something had happened which shouldn’t have happened.

I know there are many times when I mess up, and hurt other people when I make mistakes. I recognize the need to name and confess those things, too.

But I had never thought of confessing other people’s sins. I had no idea it would give me the permission to struggle – to allow myself to feel hurt and wronged, and not to try denying it.

But not to stay there! Rather, to name it, feel the pain, and then hold it up to Jesus. I love the second part – naming what I need from God, claiming the strength and provision I know He will gladly give, anytime, but which I don’t often take the time to receive, or even acknowledge my need to receive.

A passionate discussion with my reflection in the mirror may give me a private outlet for expressing what I truly feel, but it just bounces back to me, and doesn’t free me from the pain.

I want to rather hold it out to God and let Him heal it.

What do you think of the idea of naming your pain before God?